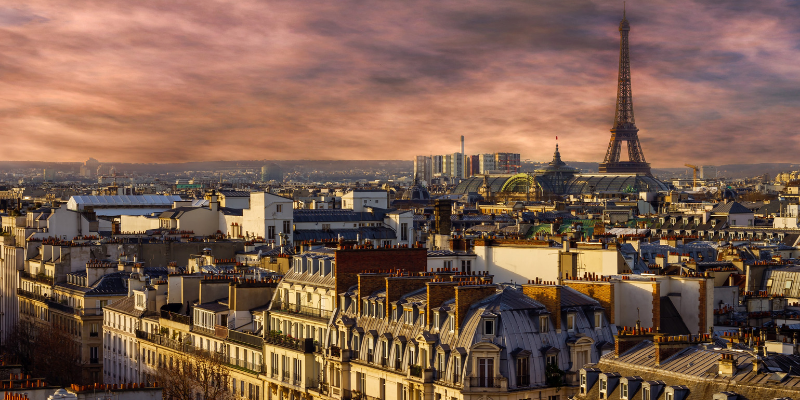 The Liberation of Paris

Now, over seven decades on, we tend to forget the high stakes of not only the exhaustively recounted D-Day at Normandy but the subsequent peril facing German-occupied Paris. Who would stop the Germans from following Hitler’s orders to raze the city? Should the American troops pursue the retreating German forces while they had the upper hand, or should they pause to help save Paris? The Liberation of Paris puts you at the ground-level of a suspenseful, hold-your-breath drama–that really happened.

From the bestselling author of Citizens of London and Last Hope Island comes Madame Fourcade’s Secret War, the true story of the beautiful and glamorous woman who led the biggest spy-ring in German-occupied France. Marie-Madeleine Fourcade was the head of the huge Alliance spy organization–the same one that supplied the Allies a massive, detailed map of the Normandy beaches prior to D-Day. Here’s the gripping, dramatic, deeply researched story of Nazis, espionage, derring-do, and defiance–an important history of an unlikely band of people who stood up and fought back against a repressive force and prevailed against the longest of odds.

The Last Collection: A Novel of Elsa Schiaparelli and Coco Chanel

Author Jeanne Mackin dramatizes an intense rivalry between two giants of the fashion industry, Coco Chanel and Elsa Schiaparelli. Compounding the drama intrinsic to a Parisian fashion war is the impending second world war fomenting around the city. We follow American expatriate Lily Sutter as she begins working in Schiaparelli’s shop and finds herself more and more embroiled in the rivalry. The contrast between the war over fashion and the war over the spread of fascism casts both in a new and unexpected light–naturally the latter would seem more consequential, but Lily’s on-the-ground experience of the former has surprising, and perhaps telling, parallels. This is not only a vivid, compelling drama, it’s historical fiction that will make you reassess what you think you know about fashion and World War II.

The Spies of Shilling Lane: A Novel

This charming British cozy mystery follows the intrepid Mrs. Braithwaite as she leaves her quaint village on the heels of a humiliating divorce to seek out her daughter in London–just as the engines of World War II are spinning up. But when Mrs. Braithwaite makes it to London, she discovers that her daughter was living a life much more, erm, interesting than she realized. With the help of her reluctant sidekick, Mrs. Braithwaite sets out to find and help her daughter come hell or high water…or Nazi blitzkriegs.

A Woman of No Importance

A Woman of No Importance is ironically titled, of course, because the woman in question, Virginia Hall, revolutionized modern spycraft and ran circles around the Nazis in Paris. This is her story, based on new in-depth research, and it’s so full of audacity, bravery, and suspense that it reads like fiction. But it’s even more riveting to read because it’s all true. You’ll be astonished by the genius, tenacity, and impossible bravery of this “woman of no importance” who puts James Bond to shame. And by the fact that you haven’t heard of her, or her incredible adventures, before now.