Carla Rachel Sameth, Author of One Day on the Gold Line Book 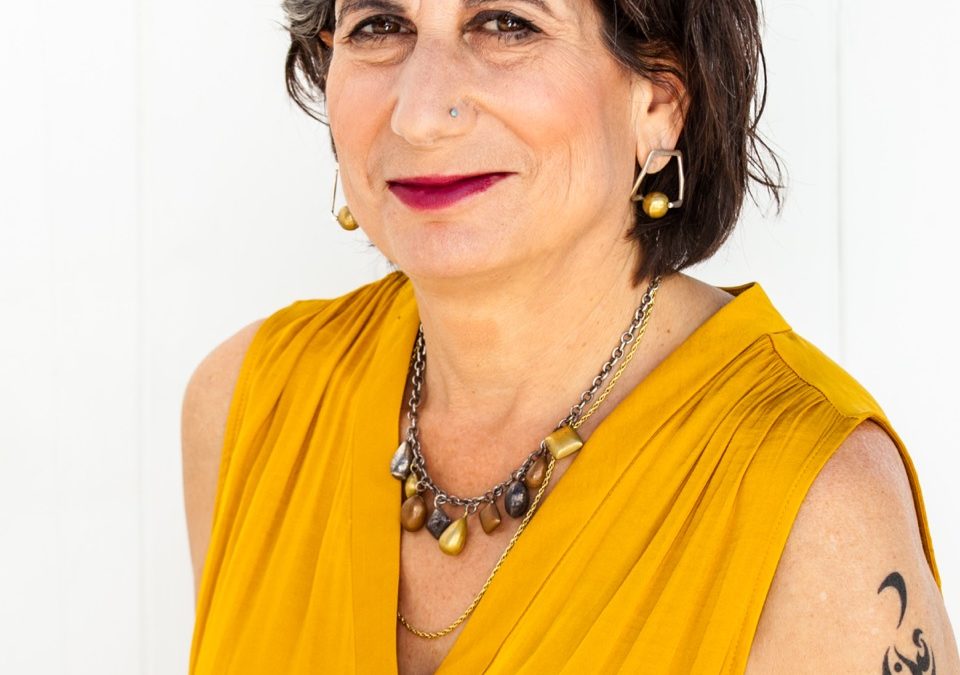 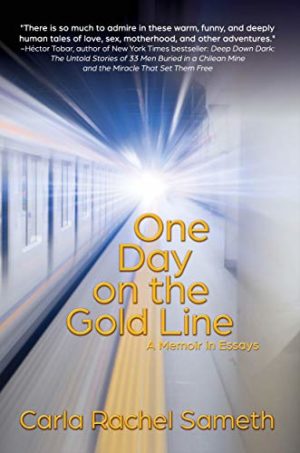 Through meditations on race, culture, and family, One Day on the Gold Line tells the story of a lesbian Jewish single mother raising a black son in Los Angeles. A memoir-in-essays, it examines life’s surprising changes that come through choice or circumstance, often seemingly out of nowhere, and sometimes darkly humorous—even as the situations are dire. While escaping from a burning boat, Carla realizes that if she died, her one regret would be not having children. She overcomes miscarriages to finally give birth to a son. Motherhood’s usual struggles are then complicated by identity, community, and the challenges of creating a blended family. The overarching theme of these loosely woven reflective tales is the storyteller’s dream of the “perfect” family, the pursuit of which hurls her from one crisis to the next, ultimately meeting its greatest challenge in the form of her teenage son’s struggle with drug addiction.

Writer. Teacher. Mother. As a writer, Carla hopes to help readers feel less alone and more resilient. As a teacher, she strives to help others tell their stories and hone their craft while experimenting with new forms. The journey of motherhood informs much of her writing. Carla teaches creative writing at the Los Angeles Writing Project (LAWP) at California State University Los Angeles (CSULA) and with Southern New Hampshire University (SNHU). Carla is also a fellow and scholarship. Recipient of the Vermont College of Fine Arts Postgraduate Writers’ Conference. She is a member of the Pasadena Rose Poets who present “poetry within reach and in unexpected places.” The Whidbey Writers Workshop MFA Program awarded her a merit scholarship in 2014.
Carla became a Los Angeles Writing Project fellow when she attended the 2016 Summer Invitational Writing Institute at CSULA and was selected for a PEN in the Community Teaching Artist Residency in the fall of 2016. Carla holds a bachelor’s degree in Latin American studies from the University of California, Santa Cruz and an MFA in Creative Writing (Latin America) from Queens University of Charlotte. Carla also studied economics and literature at the Universidad Autónoma de México City. Carla’s work has been published in several anthologies and has appeared in print and online in publications that include ePen (the online publication of PEN Center USA); Brain, Child; Brevity Blog; The Nervous Breakdown; Anti-Heroin Chic; Collateral Journal; Full GrownPeople; Narratively; Mutha Magazine; Tikkun; Pasadena Weekly; AOL/Patch (the regular column “Single Moms of South Pasadena”); Angels Flight Literary West; and La Bloga. Her story “Graduation Day at Addiction High,” which originally appeared in Narratively, was also selected for Longread’s “Five Stories About Addiction” Carla has helped others tell their stories through her communications business (iMindsPR). She is the co-founder of the Pasadena Writing Project and a writing instructor and mentor for incarcerated youth through WriteGirl. She played an instrumental role in building a career and education outreach program for Latinas at Women at Work. Carla also worked with the largest urban Indian Clinic, The Seattle Indian Health Board, where she started a program to combat family violence and sexual assault and created a model program for addressing adolescent healthcare, teen pregnancy, and teen parenting. Carla’s goals as a writer and teacher are to give a voice to those who might not otherwise have one and to offer hope for change.