Heather Armstrong, Author of The Valedictorian of Being Dead Book 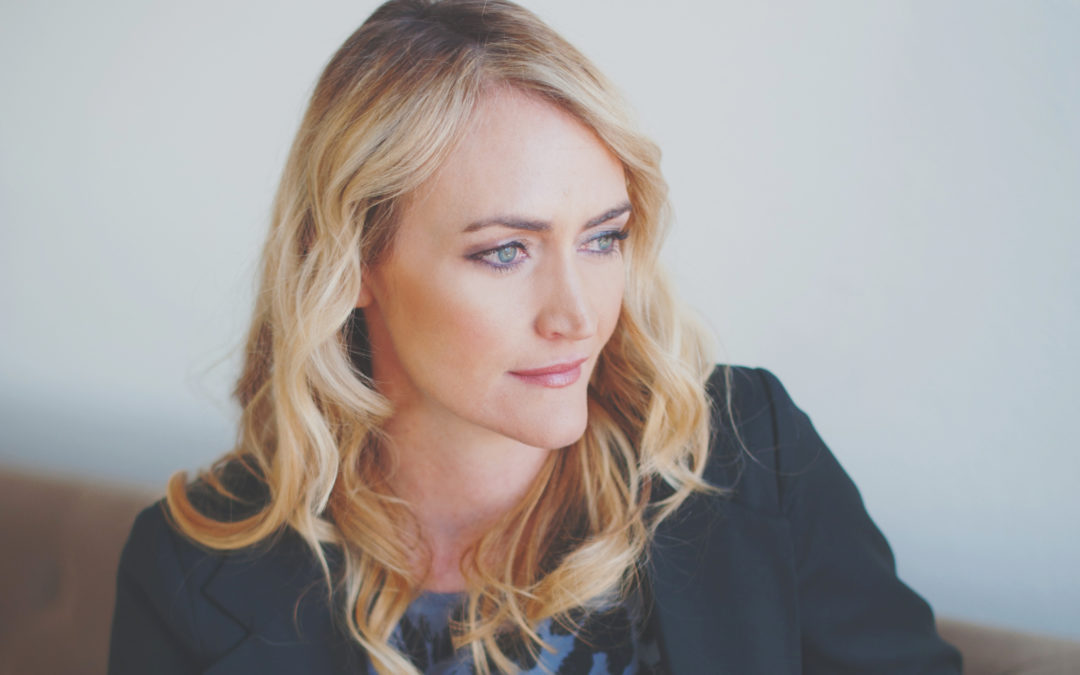 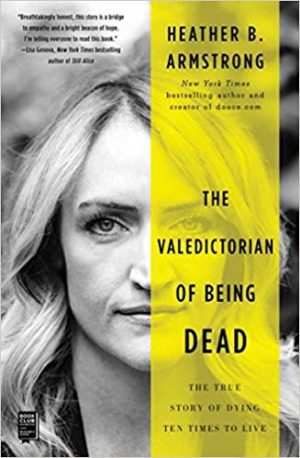 From New York Times bestselling author and blogger Heather B. Armstrong comes an honest and irreverent memoir–reminiscent of the New York Times bestseller Brain on Fire–about her experience as one of only a few people to participate in an experimental treatment for depression involving ten rounds of a chemically induced coma approximating brain death.
For years, Heather B. Armstrong has alluded to her struggle with depression on her website, dooce. It’s scattered throughout her archive, where it weaves its way through posts about pop culture, music, and motherhood. But in 2016, Heather found herself in the depths of a depression she just couldn’t shake, an episode darker and longer than anything she had previously experienced. She had never felt so discouraged by the thought of waking up in the morning, and it threatened to destroy her life. So, for the sake of herself and her family, Heather decided to risk it all by participating in an experimental clinical trial involving a chemically induced coma approximating brain death.

Now, for the first time, Heather recalls the torturous eighteen months of suicidal depression she endured and the month-long experimental study in which doctors used propofol anesthesia to quiet all brain activity for a full fifteen minutes before bringing her back from a flatline. Ten times. The experience wasn’t easy. Not for Heather or her family. But a switch was flipped, and Heather hasn’t experienced a single moment of suicidal depression since.

Disarmingly honest, self-deprecating, and scientifically fascinating, The Valedictorian of Being Dead brings to light a groundbreaking new treatment for depression.

“I read The Valedictorian of Being Dead cover to cover in four hours. I cried and cried; it was so beautiful and honest and scary and real. I think this book will be so helpful for a lot of people living with depression, especially parents.” -Grace Bonney, creator of Design*Sponge and New York Times bestselling author of In the Company of Women

“I was moved by this real, raw, hilarious and deeply personal story of one woman’s epic battle with major depression and found myself cheering for Heather and her entire family by the end of book.” -Wendy A. Suzuki, PhD, author of Healthy Brain, Happy Life

“Breathtakingly honest, this story is a bridge to empathy and a bright beacon of hope. I’m telling everyone to read this book.” -Lisa Genova, New York Times bestselling author of Still Alice

“A story of courage, hope, love, and science overcoming the despair of depression. It is a must read for mental health professionals and those touched by depression–their own or that of a loved one.” -Barbara Arrowsmith-Young, internationally bestselling author of The Woman Who Changed Her Brain

“In The Valedictorian of Being Dead, Heather Armstrong carries the reader along her fascinating journey out of the abyss of depression, intricately weaving the threads of family, suffering, and scientific breakthrough. This touching memoir, full of scenes both silly and profound, manages to shock, educate, and inspire.” -Alex Korb PhD, author of The Upward Spiral: Using Neuroscience to Reverse the Course of Depression, One Small Change at a Time.

“As the lead anesthesiologist on the study, it was emotional for me to hear of Heather’s experience. She helped me to gain some understanding about what folks go through when they are sick, what the experience of treatment was for her and her loved ones, and what the treatment now means to her.” – Scott C. Tadler, MD, University of Utah School of Medicine

“Armstrong’s detailed, honest, and conversational writing reads like a friend pouring her heart out, giving readers an emotional portrait of what it is like for individuals and their loved ones to struggle with serious depression.” -Booklist

Heather B. Armstrong is widely acknowledged to be the most popular “mommy blogger” in the world. Her website, dooce(R), has twice been listed as one of the 25 best blogs in the world by Time magazine andForbes listed it as a top 100 website for women. In the eighteen years that Heather has been shaping the internet writing community, she’s worked to create targeted content not only for fellow parents but also for numerous global brands–including Ford, Nintendo, and Clorox–and written a New York Times bestseller, It Sucked and Then I Cried. She lives in Salt Lake City with her two lovely daughters and an insane herding dog.