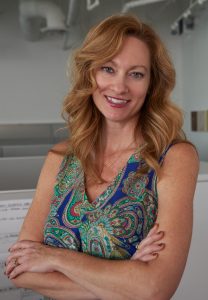 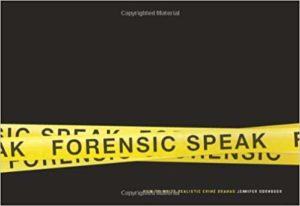 The Coroner
Summoned from her promising surgical career first to her estranged father’s bedside, and then his post as medical examiner when his small town needs urgent help with a suspicious death, Emily Hartford discovers home is where the bodies are in this pitch perfect mystery debut.
Recently engaged and deeply ensconced in her third year of surgical residency in Chicago, Emily Hartford gets a shock when she’s called home to Freeport, MI, the small town she fled a decade ago after the death of her mother. Her estranged father, the local medical examiner, has had a massive heart attack and Emily is needed urgently to help with his recovery.

Not sure what to expect, Emily races home, blowing the only stoplight at the center of town and getting pulled over by her former high school love, now Sheriff, Nick Larson. At the hospital, she finds her father in near total denial of the seriousness of his condition. He insists that the best thing Emily can do to help him is to take on the autopsy of a Senator’s teen daughter whose sudden, unexplained death has just rocked the sleepy town.

Reluctantly agreeing to help her father and Nick, Emily gets down to work, only to discover that the girl was murdered. The autopsy reminds her of her many hours in the morgue with her father when she was a young teen–a time which inspired her love of medicine. Before she knows it, she’s pulled deeper into the case and closer to her father and to Nick–much to the dismay of her big city fiance. When a threat is made to Emily herself, she must race to catch the killer before he strikes again in The Coroner, expertly written and sharply plotted, perfect for fans of Patricia Cornwell and Julia Spencer Fleming.

Jennifer Dornbush is a writer, speaker and forensic specialist creating diverse range of stories that shed light on the dark places of the human experience. Her story creation is bred from a very unsheltered childhood as the daughter of a medical examiner whose office was in her home. She investigated her first fatality, an airplane crash, when she was 8 years-old and from there gathered a decade of on-sight experience in death investigation and 360 hours of forensic training through the Forensic Science Academy. The stories she creates stem from the unique range of human experiences. Because of her background, she does not shy away from telling stories about tough circumstances and how characters choose to deal with them. Whether it’s a despairing war widow Amber Hill, who has lost her faith in God Bless the Broken Road…. a mistrustful detective, Riley St. James battling to solve a twenty-year old murder in Hole in the Woods… Or a brilliant doctor, Emily Hartford harboring deep-seeded anger at her father for not investigating her mother’s car crash in The Coroner. Jennifer’s latest feature film, God Bless the Broken Road was released in 2018. The novel version that she also penned was released in 2017 by the same title published by Simon & Schuster. She is currently scribing a mystery series for Crooked Lane Publishing and has a TV crime dramas series in development with Hoplite Entertainment and a feature film project in development with Anderson Media Group. As a forensic specialist she has consulted with TV writers on network and cable TV shows. She regularly leads seminars and webinars on forensics and crime fiction, teaches screenwriting, and mentors new writers. Be a part of Jennifer’s community by signing up for her newsletter and YouTube channel at: www.jenniferdornbush.com