Karen Treiger, Author of My Soul is Filled with Joy Book 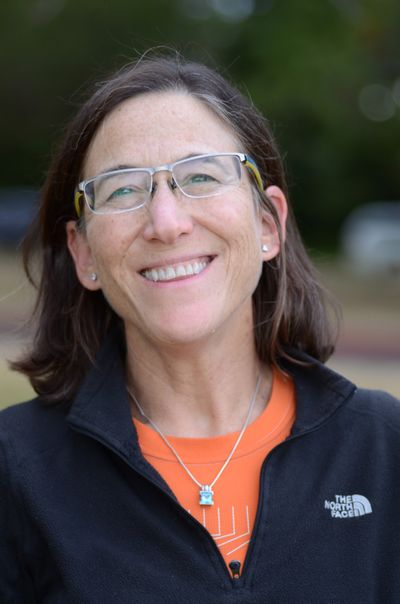 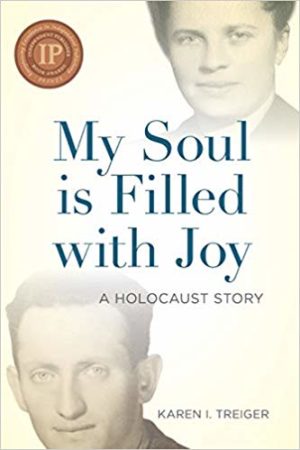 Recently awarded the Bronze Medal in World History from the IPPY Awards – (international book award for Independent publishers)
Sam and Esther Goldberg met in the Polish forest – just outside of the Treblinka Death Camp. It was August 3, 1943, just one day after Sam escaped the Camp during a prisoner uprising. With 870,000 murdered at Treblinka, Sam was one of approximately 65 to survive and live until the end of the war. Esther had been hiding in that patch of forest for a year. They met and after hearing of the prisoner revolt, she took him to the Righteous Gentiles who, at great danger to themselves, hid them in their barn for three days while the Nazis, Ukrainians and Poles scoured the area looking for escapees. Deciding to stay and hide with Esther, they dug a forest pit where they “lived” when it was not freezing. They subsisted in the pit and the barns – hungry, cold, and scared – for another year until they were liberated by the Red Army in July of 1944.

This is only one piece of their harrowing story of survival. This book tells the story of Sam and Esther, Holocaust survivors, who lost their entire families because of Hitler’s Final Solution. The author, Karen Treiger, is Sam and Esther’s daughter-in-law. She and her family traveled to Poland to walk in Sam and Esther’s footsteps and to meet the children of the Righteous Gentiles that helped them survive. It was an intensely emotional experience for both the Goldberg and the Styś Families. Also, with the help of a Polish Priest, she was able to locate and meet a Goldberg cousin they never knew they had.

My Soul is Filled with Joy: A Holocaust Story brings to life the horror of the Nazis’ actions and the toll that it exacted on so many Jewish families. This is also a story of hope, love and determination; of a family rediscovering the path taken by their parents to find life and freedom in a new world. Sam and Esther’s story is one of love and the will to live no matter what they had to endure. It reminds us that we are still learning the lessons of the Holocaust.

Karen Treiger lives in Seattle, Washington. She retired from her law practice in 2015 to research and write My Soul is Filled With Joy: A Holocaust Book. She graduated from New York University Law School (order of the Coif) in 1988, where she served as Editor in Chief of the Law Review. She graduated from Barnard College, Columbia University in 1983. Her work experience ranges from a Legislative Assistant to Senator Slade Gorton (1983-1985), business law for a large Seattle law firm, and her most recent law practice of fourteen years with the boutique law firm of Thompson, Howle & Vaughn, where she practiced in the area of elder law. She is married to Shlomo Goldberg and they have four adult children and three children-in-law. She loves to water ski and snow ski and has run a sprint triathalon (swim, bike, run) for the past ten summers. She loves to read and listen to audio books. Her favorite podcast is Radio Lab.

Treiger’s Law Review Note, published in 1987 was entitled Preventing Patient Dumping: Sharpening the COBRA’s Fangs. New York University Law Review 1987 Dec: 61(6) 1186-223. More recently she had the following articles published: The Jewish Press (Fewer than One in 10,000 Survived – August 17, 2018); Forward (Poland Must Reckon with How it Treated Jews During WWII; For Good and For Bad – August 9, 2018); and Jewish in Seattle Magazine (Sweet Revenge – August-September 2016). In the spring of 2016, Treiger received a Certificate in Nonfiction Writing from the University of Washington Professional and Continuing Education. She in an accomplished speaker and has presented at many Continuing Legal Education Conferences and events in Seattle’s Jewish community where she is an active volunteer.