Paul C. Tumey, Author of SCREWBALL! The Cartoonists Who Made the Funnies Funny Book 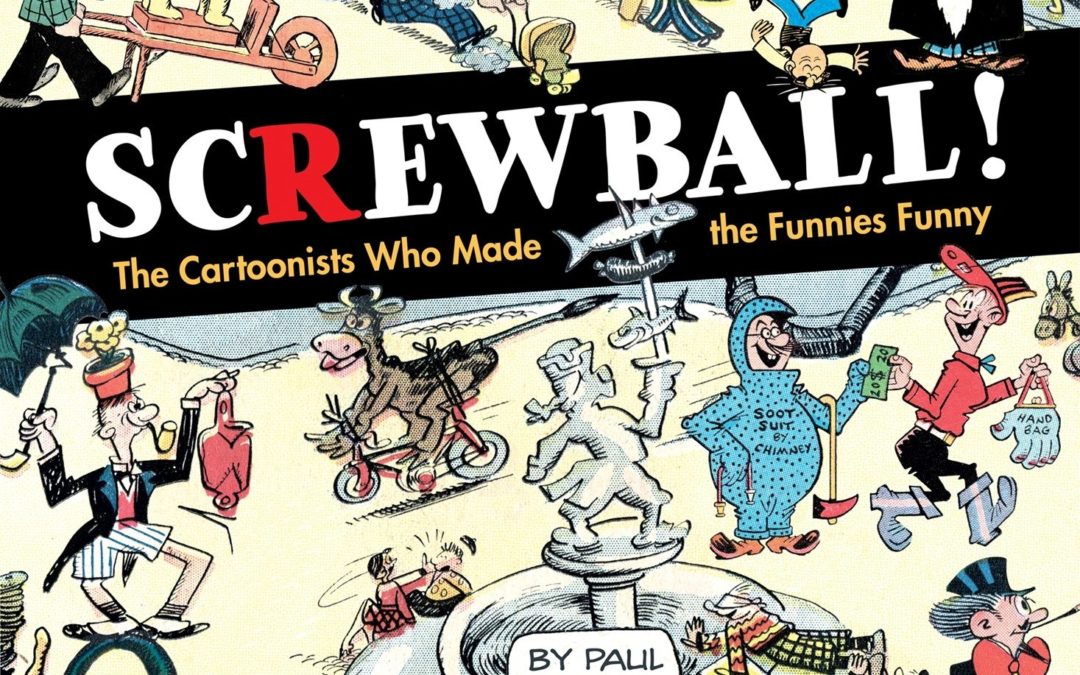 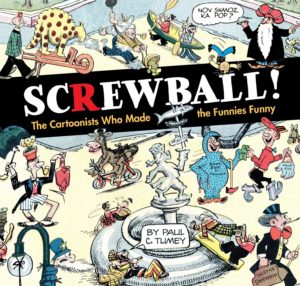 Before “screwball” became a movie genre, it was a staple of other forms of American culture, including newspaper comic strips. Emerging from the pressures of a rapidly accelerating technological and information-drenched society, screwball comics offered a healthy dose of laughter and perspective. The disruptive, manic, and surreal verbal-visual comedy of these “funnies” fostered an absurdist sensibility embraced by The Marx Brothers (who took their names from a popular comic strip), W. C. Fields, Tex Avery, Spike Jones, Ernie Kovacs, and Mad magazine. Comics scholar Paul C. Tumey traces the development of screwball as a genre in magazine cartoons and newspaper comics, presenting the work of around fifteen cartoonists, with an art-stuffed chapter on each.

Both humorous and educational, this book is aimed at a general audience of all ages and at university comics studies programs.