Rebecca Solnit, Author of Men Explain Things to Me Book 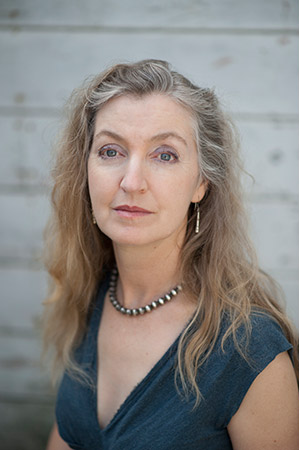 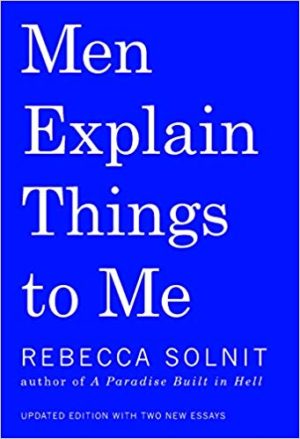 Founded in 2017, the Social Justice Syllabus Book Club invites community members to read together on themes related to equality and justice. During our first series, Social Justice Syllabus: Kaepernick’s Reading List, we read and discussed books the New York Times described as being inspirational to quarterback Colin Kaepernick’s activism. This foundational series of readings concluded in the summer of 2018. In our second series, Borders, we read fiction, nonfiction, and poetry about immigration, asylum, and borders. Borders ended in summer of 2019.

Our third series is Pages Against Patriarchy. Join us on the last Sunday of every month for insightful conversation. The first meeting of Social Justice Syllabus: Pages Against Patriarchy will discuss Men Explain Things to Me by Rebecca Solnit on Sunday, August 25 at 7pm. Every month our selected titles are discounted 20% through the date of the book club. All are welcome, no purchase required.

In her comic, scathing essay, “Men Explain Things to Me,” Rebecca Solnit took on what often goes wrong in conversations between men and women. She wrote about men who wrongly assume they know things and wrongly assume women don’t, about why this arises, and how this aspect of the gender wars works, airing some of her own hilariously awful encounters.

This updated edition with two new essays of this national bestseller book features that now-classic essay as well as “#YesAllWomen,” an essay written in response to 2014 Isla Vista killings and the grassroots movement that arose with it to end violence against women and misogyny, and the essay “Cassandra Syndrome.” This book is also available in hardcover.

Writer and pro bono immigration attorney C. Hudak is the founder of the Social Justice Book Club. She collaborated with Third Place Books to create the SJS: Pages Against Patriarchy reading list and will host discussions.