Stephanie Stokes Oliver, Author of Black Ink: Literary Legends on the Peril, Power, and Pleasure of Reading and Writing Book 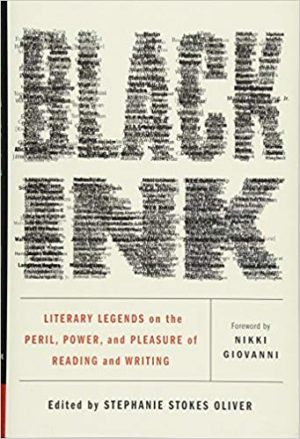 Spanning over 250 years of history, Black Ink traces black literature in America from Frederick Douglass to Ta-Nehisi Coates in this “breathtaking anthology celebrating the power of the written word to forge change” (O, The Oprah Magazine).

Throughout American history black people are the only group of people to have been forbidden by law to learn to read. This expansive collection seeks to shed light on that injustice, putting some of America’s most cherished voices in a conversation in one magnificent volume that presents reading as an act of resistance.

Organized into three sections—the Peril, the Power, and the Pleasure—and featuring a vast array of contributors both classic and contemporary, Black Ink presents the brilliant diversity of black thought in America while solidifying the importance of these writers within the greater context of the American literary tradition. “This electric and electrifying collection of voices serves to open a much-needed window onto the freedom struggle of black literature. It’s a marvel, and a genuine gift for readers everywhere” (Wil Haygood, author of The Butler: A Witness to History).