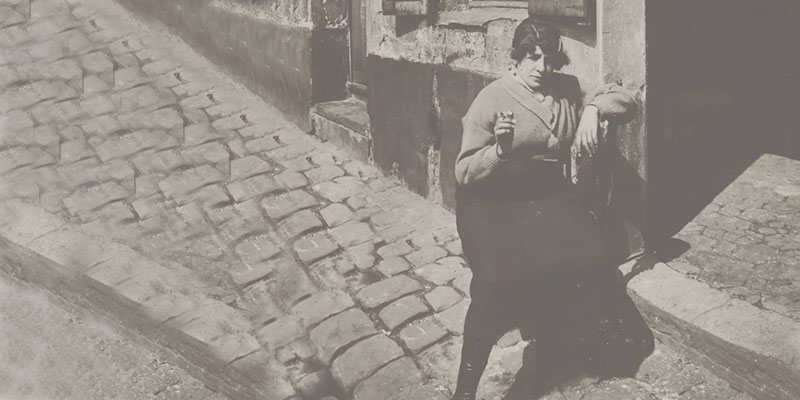 In early 1921, dejected over the fears of publishers that was likely to leave his novel Ulysses unpublished, James Joyce needed a shoulder to cry on. Living in Paris at the time, he paid a visit to Shakespeare and Company, the Left Bank bookstore run by his American friend, Sylvia Beach. Beach heard his tale of woe and asked, “Would you let Shakespeare and Company have the honor of bringing out your Ulysses?” Beach had no experience in publishing, and as it was another ten years before the book, initially deemed obscene, could be published legally in the United States, it was on her shoulders that fell all the legal difficulties, the seizure and destruction of entire print-runs, as well as producing a succession of corrected editions of an immensely complex book. Yet, with an offer that may have surprised even her, she and Joyce made history by bringing one of the most influential novels of the last century into print.

My own success in publishing, while slight by comparison, has nevertheless come by equally generous chance encounters. Back in 2005, when someone ordered a self-published novel of mine that I no longer had any copies of, rather than merely issuing a refund and wishing the guy the best, I took advantage of my job at a print shop and ran off a copy for him myself. At the time, I was going through one of those deserted stretches many poets find themselves in when no one will publish their work. But the lengths I went to get one reader a copy of my book led to my submitting to an online magazine he was associated with, which took many of my poems over the next ten years. The editor of that magazine, Mark Givens, now runs the publisher Pelekinesis, who, this June, will bring out my book of short stories, The Lonely Young and the Lonely Old. This, at least for me, is how things happen.

In the same way, a few years ago an online poetry magazine in Britain, The High Window, published a poem of mine called “Fire Houses.” A typo crept into the website version, however, retitling it “Ire Houses.” Especially because this particular poem was one of my favorites, I could have reacted, indeed, with ire; instead, I emailed the editor, the poet David Cooke, with some good humor, and received the same in kind. We haven’t stopped corresponding since, and later this year, The High Window Press will be bringing out the full collection that poem comes from, a sequence on prehistoric Europe called Bone Antler Stone.

Writing is a wonderfully lonely business: there’s a reason why movie montages, whether Gandalf in the archives or Morgan Freeman in Seven, make writing, and the hunting of bookshelves, seem romantic and worthwhile in part because they are so solitary. The life of a public and published writer is immensely more difficult for me. I have still to land a deal with that elusive beast, the Literary Agent, let alone a contract with one of the Big Five, even though I’ve come terribly close. Add to this that writers can be selfish or jealous, either of the success they have or are sure that they deserve, and the chance encounters mentioned above, and my attempts to just be nice about them are even more important.

When I began seriously writing fiction as a teenager, I dutifully subscribed to Writers Digest to see how such things were done. What I remember most, however, aren’t the practical articles on craft but the random quotations scattered in the back pages. I’ve never forgotten one of them: “No surprise for the writer, no surprise for the reader.” While this was meant more as a matter of not being too rigid with an outline or a preconception, it is just as well the best advice for living the life of a writer, too. Not everybody has an MFA or wants to network at a writers’ conference or has attended an Ivy League university where a bestselling author happens to teach a class. Such connections, I’d guess, are still for the few, and I think the rest of us do an injustice to ourselves by trying to be professional marketers and are relying more on equations than chance and human connection. Life is short and writing is hard, and the likes of social media has only made both more cutthroat. But I’m at least heartened to know that whatever success I come to will have partly been built on being open to surprise and responding with an equal amount of gratitude. 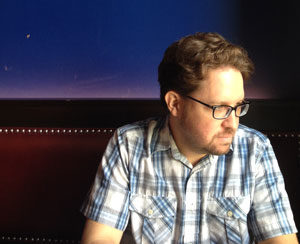 TIM MILLER’S most recent books, the story collection The Lonely Young and the Lonely Old (Pelekinesis) and Bone Antler Stone (The High Window Press) are both due out this year. His previous books include the long poem, To the House of the Sun, and Hymns and Lamentations. His fiction and poetry have appeared widely in the US and UK, and he also writes popular history articles on ancient and medieval warfare, and World War II. He writes about poetry, history, and religion at wordandsilence.com and also edits the online poetry blog, Underfoot Poetry. He is on Twitter at @underfootpoetry.