Go-To Cookbooks From Real People Who Cook From Them 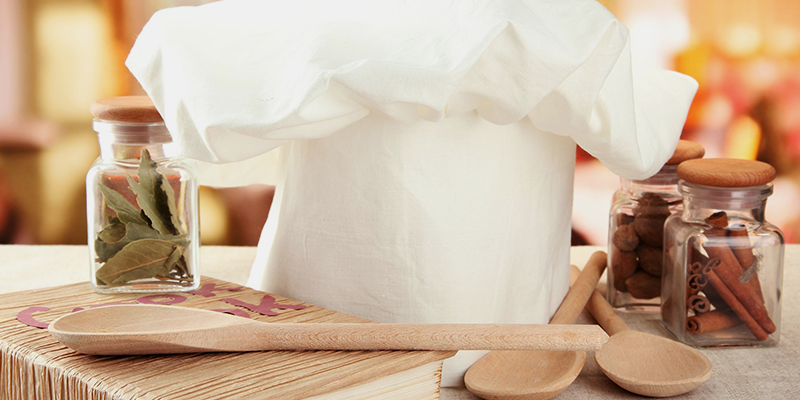 I cook a lot. To be more specific, I bake A LOT. Owning a book review company literally feeds my obsession for cookbooks. But, with the proliferation of searching for recipes online (raises hand in guilt – my Pinterest cooking boards runneth over), I have become increasingly disappointed with not being able to write in the margins or tweak a recipe to my liking. Not to mention those pesky ads on devices that dim out after only a few minutes. The other day, I actually found myself tapping a page in a cookbook to keep it from sleeping. Really. That’s when I said “I’ve had it! I need to bring out the cookbooks again.”

So that inspired me to poll our book reviewers and my friends as to which cookbooks are their favorites. It’s been a peek into their lives and their families. Such an honor to put this together. Cooking should always be passionate. I once was attempting an Indian recipe that just didn’t turn out well. My son, who happens to be a wonderful cook, said “You just didn’t have the passion.”

Below are cookbooks that ignite the passion in those who cook from them. Perhaps they will inspire you. 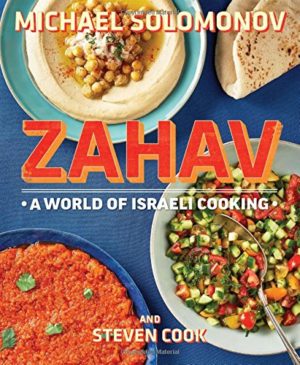 It’s beautifully illustrated, filled with recipes and background stories chef Michael Solomonov, who records the food wonders that he has produced in his Israeli restaurant. Lots of tahini, eggplant, pomegranates, honey, and more engaging ingredients are combined to produce his mouth-watering dishes. He combines the old with the new by bringing back versions of ‘mother’s’ old-time favorites, such as honey cake, borekas, with Yemenite dishes and the traditional Israeli favorites. The mid-eastern cuisine provides a trove of new flavors and combinations. The reader is urged to try new combinations on the provided recipes to fashion the dishes to one’s special taste. Well written, engagingly illustrated, the reader can almost savor the product from the description.” 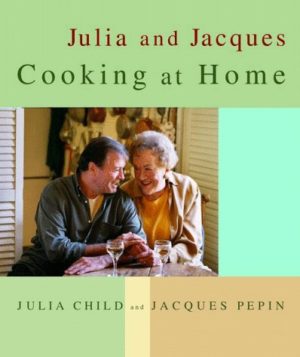 It combines the best of both of their worlds. Jacque simplifies and zests up recipes. There are so many “go-tos” in this book.” 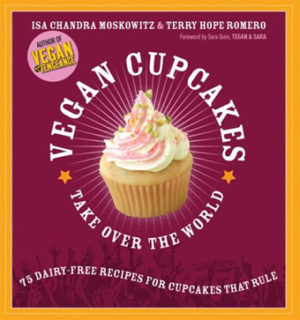 It’s a classic and one of my favorite books for vegan baking. Whether you want to make plain old vanilla cupcakes for a bake sale or create something more creative, this book gives you the tools to do it and the motivation to use flavors in new and inventive ways. Moskowitz’s later books are big, beautiful hardcover books with gorgeous food photography that makes you want to get in the kitchen and cook, eat, and cook some more! While some of her recipes are labor-intensive, they’re usually worth it.” 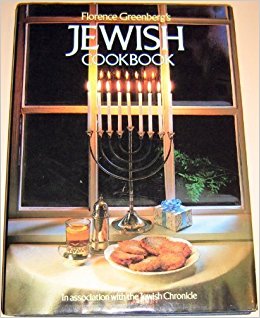 Florence Greenberg’s Jewish Cookery Book, which my mother gave me way back in the 60s, I turn to the pages for two recipes: gefilte fish and meringues, an unlikely combination. Gefilte fish comes but once a year and meringues (whipped egg whites, sugar and a dash of vanilla) whenever I’ve used only the yolks. Both are simple and practical, don’t demand or expect any skill, and have no deceptive, glossy photos.” 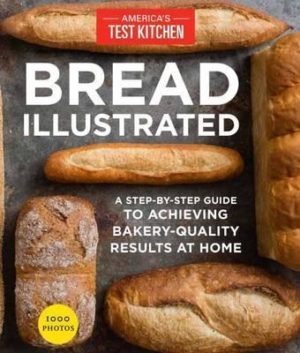 It’s one of the more tattered cookbooks on my shelf – and it’s only a few months old. That should tell you just how much I use it. I’ve probably made about ten recipes from it, and every single one was amazing. My adult children keep asking me when I’m going to make the naan again. I learned a lot about the science behind baking bread, too. I doubt there’s one non-stellar recipe in this cookbook.” 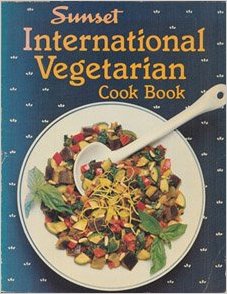 Now in tatters, is the Sunset International Vegetarian Cookbook. The grubbiest pages are the cauliflower, tofu, and curry soup, and an eggplant and lentil combo, which I keep digging into in the fridge before we’ve all had three meals and it’s time to freeze the rest. It freezes beautifully. Again, no frills recipes, can’t go wrong – truly! I can rarely resist the visual beauty of fat, shiny eggplants.” 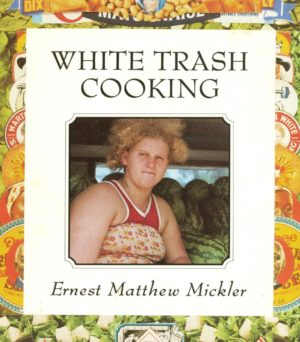 I have a soft spot for Ernest Matthew Mickler’s White Trash Cooking, wonderful un-PC recipes redolent with all the stuff we used to enjoy guilt-free. I wish he’d lived longer and written more.” 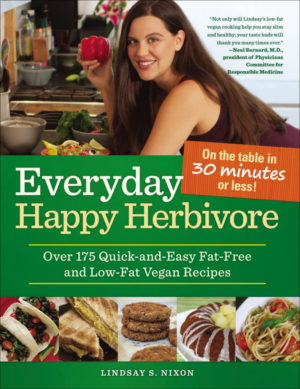 It is full of simple, delicious recipes that use everyday ingredients. I’ve learned to make easy curries, delicious soups, basic gravy, low-fat muffins, and much more using the recipes in here! And the best part is that everything in it is completely plant-based; with all the veggies, legumes, and whole grains this book (and the others in Nixon’s Happy Herbivore series) has me eating, I know I’m getting plenty of nutrients to support my healthy lifestyle.” 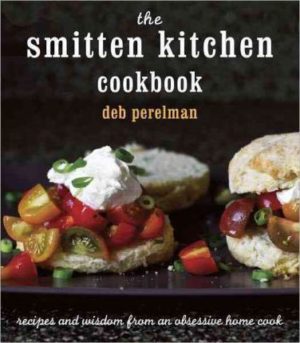 Well written and photographed, with an online blog to accompany the recipes. I have yet to have a problem with a recipe and, as an avid cook, I enjoy the stories and intro that go along with most of the recipes. While I enjoy it as an experienced cook, I think it is approachable for a novice cook as well…covering some basics like simple beans, poached eggs, stocking a kitchen. It includes some drink an appetizer recipes for having a party, as well as good basic staples for day to day eating. Covers a variety of meals – snacks, breakfast, salads, mains, sweets, and are relatively healthy.” 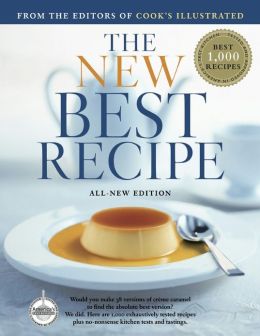 New Best Recipe is very specific. It also explains why certain methods and ingredients are used. It’s the base for much of my cooking. I can change and improvise the recipes, because the recipe explains exactly what to expect, and if I change something, I can better predict the outcome.” 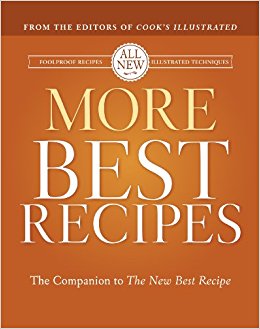 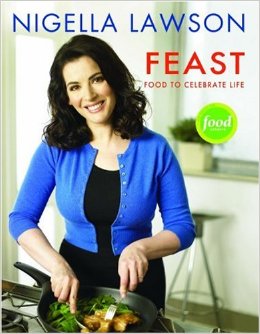 Nigella has fun stories and silly descriptors like “inner thigh jiggle.” The photography is also beautiful. I have six of her books, they are fun reads.” 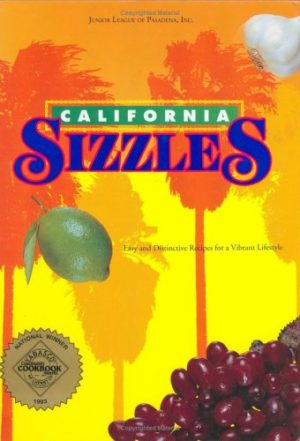 This cookbook has some amazing recipes in it! A girlfriend that I met when my kids where in kindergarten told me about it. Every recipe that I’ve tried has been delicious!!” 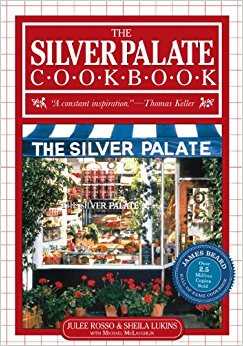 The recipes are simple–a combination of comfort home cooking and dishes which stretch me a little.” 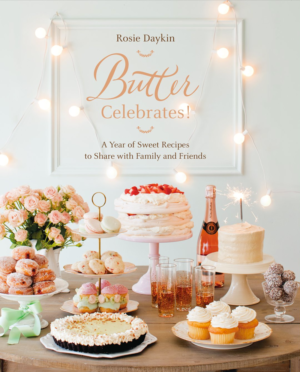 This cookbook has been on my kitchen island since I got it in November. It’s the one cookbook I have made the most recipes from. Not only are the photographs gorgeous, but the recipes inside are easy and delicious.  I love how Daykin separated recipes by holiday. Makes it so easy to figure out what to make for a special occasion.”