Interview with Darrell Lee, Author of The Apotheosis 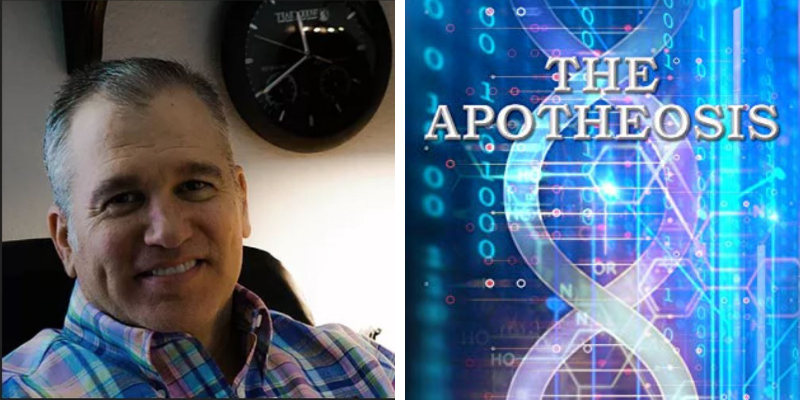 1. GD: John Numen is essentially a polymath, excelling in several fields. What historical or scientific figures did you draw upon when creating the character?

Of course, you can’t help but think about Victor Frankenstein, I’d call John his modern-day equivalent. 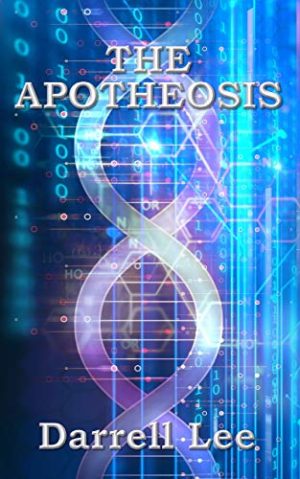 2. GC: Do you think that cloning will continue to be a controversial issue 50 years from now?

Oh yes, this is a dilemma that will be with us from now on.

2a. GD: Is there any point in the future that you foresee cloning gaining widespread acceptance?

Cloning humans? No.  Perhaps as a way to preserve or resurrect an endangered or extinct species.

It was his recreational release. If you have ever tried counting cards at the blackjack table you will quickly understand the mental gymnastics it takes to be successful at that. That is what John does to relax, you know, besides the hookers.

4. GD: With all of the technology available to law enforcement these days, it seems less and less likely that even the rich will be able to escape indefinitely, as John does for a solid chunk of the novel. Do you think disappearing acts like John’s will be less and less probable in the future, or will there always be individuals who can slip through the cracks?

There always will be, if you have enough money, going to be crooked officials in some country somewhere to hide you and keep hiding you, as long as they get paid.

5. GD: After decades of executing plans, John is undone more by circumstance and bad luck than any coordinated assault or investigation. If you had to assign a percentage of blame for his eventual undoing, what would be the split between bad luck and John’s own mistakes?

I’d say it’s 95/05. Just goes to show no matter how smart you are, or carefully you plan, there can always be a certain set of circumstances that can conspire against you. If Irina had actually been a hooker he would have succeeded.

6. GD: John is ostensibly the hero of the story until he kidnaps a woman and uses her as a clone incubator. Is this an intentionally evil act to make the audience turn on John (a la Hans Gruber in Die Hard) or is it meant more to illustrate John’s singlemindedness and ruthlessness, not his evil side?

You have all of those things in John. He is single-minded, ruthless and (after enough time alone on an island) evil. This is the time for the reader to see all those qualities in him. Hopefully the reader finds empathy for John, but he goes too far for them to root for him now.

7. GD: After dipping heavily into Jewish belief early in the novel, there’s virtually no religious iconography or characterization later on. If John later in life were to encounter someone of similarly-intense faith, how do you think he’d respond?

John has total disdain for any religion. He considers them fairy tales for the weak minded and gullible. Ethan, being such a zealot, really brings that out in John.

8. GD: In a novel full of interesting, believable characters, the character of Ethan seems a bit one-dimensional and cartoonish. Was that an intentional choice, or an unintended consequence of making him John’s first antagonist?

I think you may see Ethan like that because he is so one dimensional about his faith. He uses it to try to solve all his personal problems. But it was Ethan that has the insight to tell John how wrong the path he has chosen is, no matter what the scientific accomplishments he has attained. That doesn’t sound cartoonish to me.

9. How would John’s life have unfolded if Amira hadn’t died?

Somewhere down the road John was going to have to decide how far he was going to go to clone a human. Perhaps if Amira lived, he could have found a surrogate to carry the embryo to term. He would still have to figure a way around the cloning laws and then again, the problem with the brain imaging.  I’d like to think Amira could have talked him out of it, she was one of my favorite characters.

10. Will there be a sequel to The Apotheosis?

Just this morning I received news that The Apotheosis won second place in the Reader’s Favorite International Book Award contest, in the Fiction-Action genre. So, I’d say a sequel is more likely than it was yesterday. 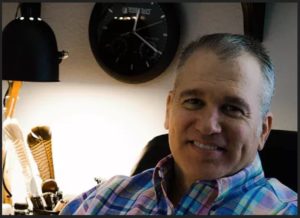 By day, I am a software engineer. I have worked on NASA’s manned space flight program, including the Space Shuttle, Houston Mission Control Center, and Kennedy Launch Control. Currently I work on assorted software systems and payloads for the International Space Station program which require testing at the Marshal Space Flight Center and the Jet Propulsion Laboratory.

My wife and I reside in Houston and enjoy all that the big city has to offer: restaurants, ballet, symphonies, plays, and Astros baseball games. We also enjoy time at our lake house, a warm and cozy space on the shore of a lake nestled among tall pine trees. On the weekends and holidays we spend there, we enjoy summer afternoons fishing on the water and crisp fall mornings walking in the woods.