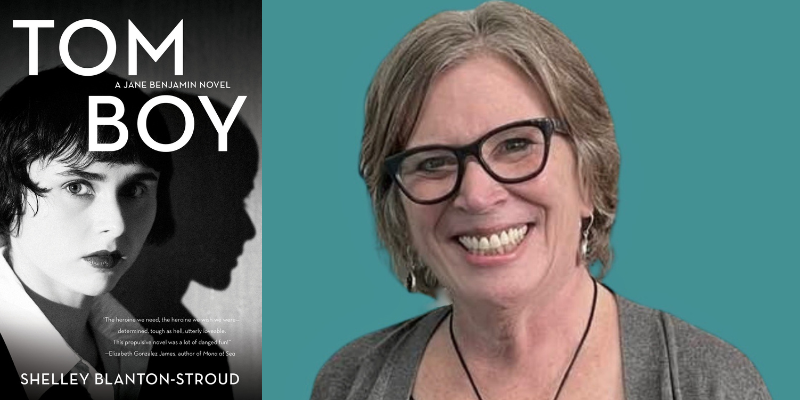 Does the reader need to read the previous Jane Benjamin novel before Tomboy for context? For example, there seems to be missing information regarding Jane’s mother, how she rose from a migrant worker to the spouse of the owner of a bar frequented by the likes of Zimmer? Who is Rivka, where did she come from and why is she so committed to Jane and Elsie? How does she make a living?

I think reading books in a series, out of order, is kind of like meeting a friend in college. You’re still friends decades later. Over time, you flesh your histories out, polishing them, through the stories you tell each other. But don’t kid yourself. The friends who have known you since grade school understand you differently, maybe more accurately, maybe not. Sometimes backstory, life events shared later, shave off what’s no longer relevant.

Though Tomboy can be read as a standalone, with all the forward-moving details contained in this one volume, it is part of a series, which offers me the fun of building themes through the decades, and offers the reader the fun of remembering where each idea was set in motion. By starting with book one, readers will accumulate context about Jane and her family and her growing-up years, knowledge that grows as she ages.

Did you purposely make Jane’s sexuality ambiguous? Why?

I do not yet make Jane’s gender identity/sexuality defined or explicit, for a few reasons. First, Jane is beginning in these novels to sort out who she is, what she feels. So much of her early life has been about basic survival that she’s not devoted time yet to honest reflection. But also, I was very influenced by Lisa Selin Davis’s nonfiction book, Tomboy: The Surprising History and Future of Girls Who Dare to Be Different. She illustrates that many people are not lodged permanently on one spot on a continuum of sexuality or gender. And that they cannot always be easily typed by other people’s demographic terms. What is absolutely clear to me about Jane is that she does not want to be forced to make herself exactly what other people expect. She wants to be herself, which will develop over time. Yet, because she is a young woman, she’s not 100% confident of her ability to do this. I suppose that means that she is gender fluid. She is capable of being many people, and of loving many people.

Is Jane brain damaged? Does she suffer from multiple personality disorder? “Daddy hit me two years ago, gave me a lump over my brow, waking my dead brother in my head.”

In book clubs that read Copy Boy, readers have told me the many ways they answer this: that Jane has delusions due to the physical effect of her head injury; that she hears her brother in her head as a psychological effect of guilt over fighting with her father; that because she and her brother were twins, he is a literal part of her and she just becomes more attuned to hearing his influence; that believing he has this control gives her an excuse to do what she wants. There are other interpretations too.

I remember when my husband’s grandfather grew closer to death and told us that he talked every evening with his wife, who had passed away years ago. It would have been possible for us to interpret this in a number of ways, to explain it away. But we just thought, Good. He’s talking to Grandma. That’s kind of how I feel about Jane. Good. She’s talking to Ben.

In your opinion, does the public still have a gender bias against marginalized communities?

Of course things have changed, and in many ways improved. Thank goodness. But clearly, some people are dangerously triggered and inflamed by the existence of anybody who is not like them. And too often, they act aggressively against them. It’s in the news everyday. It breaks my heart to see it

How have the circumstances in the workplace changed for women since the 1930s?

Young women I know have much more work opportunity than women in Jane’s day, the 1930s, when there were so many limitations. But there are girls today, for instance, in Afghanistan, who can experience the play and the study and the work of a boy, only if they are bacha posh: a girl living and dressing as a boy. Short of that, many studies illustrate that, during the pandemic, women were more professionally harmed than men. When school was cancelled and somebody had to take on the role of home teacher/caretaker, it was far more likely to be the mother than the father who did this. As a result, these women have lost their jobs and their wages. And, of course, women who cannot decide for themselves whether or not they deliver a child will find their workplace opportunities altered.

Is the research in modes of travel in the 1930’s authentic? Describe how you researched navigation and communication technology on the Queen Mary? What about the dinner menu?

The research about travel was so much fun! Here are some of the most-delightful bits. My son’s father-in-law shared with me a thick file folder with artifacts of his grandmother’s many Atlantic crossings in that period. The dinner menu in the novel, both the look of it and the menu choices, were taken from that folder. But I couldn’t find a menu anywhere that also included the wine choices, so I went on Facebook and asked my wine-loving friends, What would be served on this ship in 1939 to go along with this menu. I had 71 responses! That’s where I got the wine list.

When I needed to learn about cross-country train travel, I reached out to the California State Railroad Museum. Two volunteer researchers there, Jeff Asay and John Privara, created a 19-page document instructing me how to get Jane to New York on the exact day in history when she made the trip. Even Jane’s ham sandwich comes from that document.

The International Athletics Federation (IAF) became the first international federation to ban doping in athletic competitions in 1928, but it took 32 years before anti-doping testing was implemented. Were they testing for doping at Wimbledon in the 1939? Was it illegal?

You’re right! There was no systematic testing at Wimbledon at that time. It was not yet illegal. But it was unseemly and could lead to a loss of sponsorship income that made financial survival possible.

Do you consider the smear job Jane wrote about Adam Lowe ethical journalism? From what Jane was told it was all supposition and innuendo, no facts, nothing validated, regardless of whose byline it was.

I don’t want to give too much away, but I’ll say I like that Jane will have to decide over time where she’ll stand on this topic, how she’ll deal with the question—what’s the difference between fact and the truth? It’s not just a question for gossip columnists. If you read the news today, you’ll find plenty of prurient innuendos making their way into news accounts. It’s a problem. And  I want the Jane Benjamin books to deal with it.

What’s next for Jane?

Book three, Working Girl, is set in 1942. Jane’s working for the propaganda arm of the US war effort. She’s got one week to find a Wendy-the-Welder cover girl to promote shipyard hiring. Trouble is, none of the first five welder girls with union cards are exactly propaganda material. Besides, somebody keeps killing them off before she can put them on a poster. 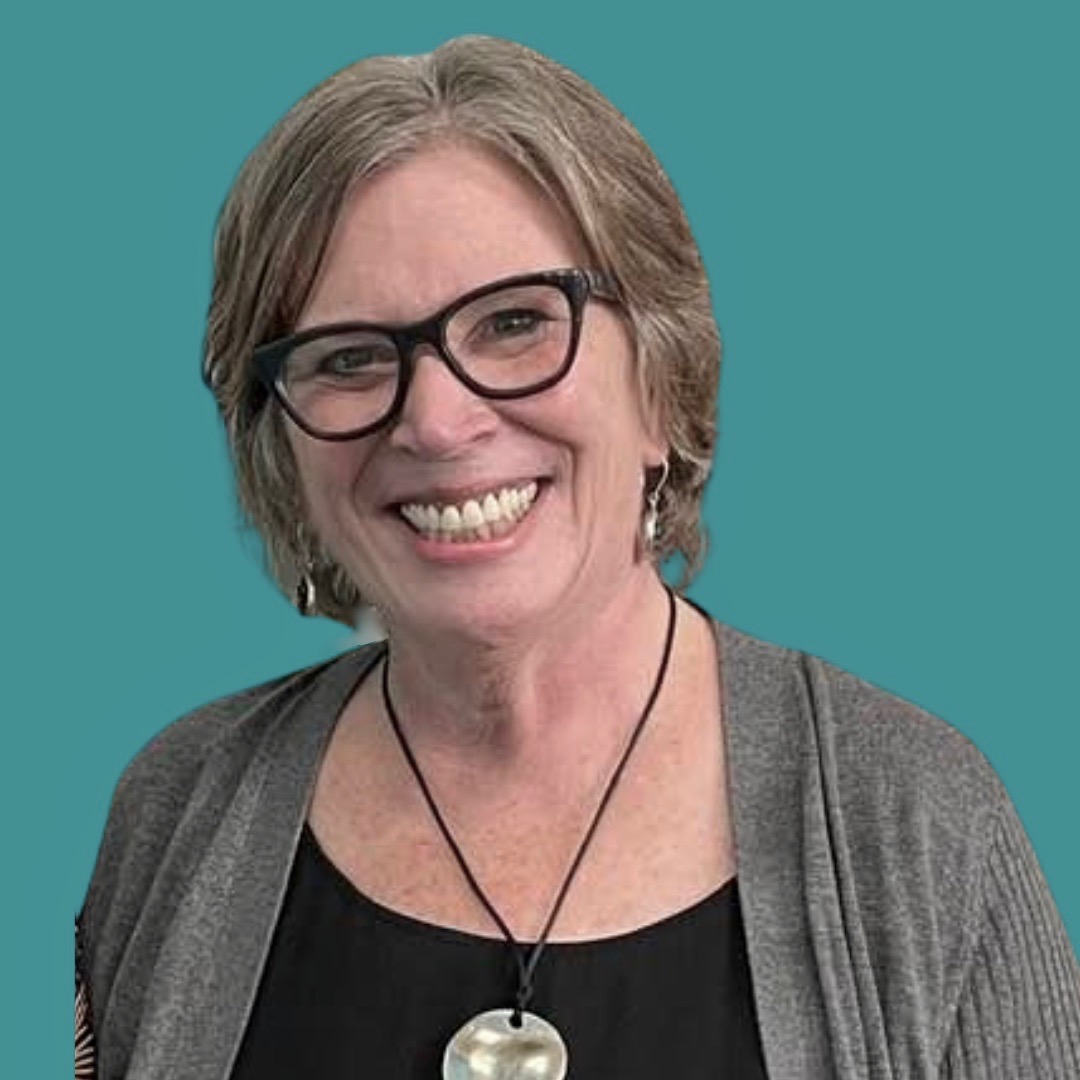 I grew up in California’s Central Valley, the daughter of Dust Bowl immigrants who made good on their ambition to get out of the field. I recently retired from teaching writing at Sacramento State University and still consult with writers in the energy industry. I co-direct Stories on Stage Sacramento, where actors perform the stories of established and emerging authors, and serve as President of the Board of 916 Ink, an arts-based creative writing nonprofit for children. I also serve on the Board of Advisors for the Gould Center for Humanistic Studies at Claremont McKenna College. Copy Boy is my first Jane Benjamin Novel. Tomboy is my second. The third, Working Girl, will come out in November 2023. (She Writes Press) My writing has been a finalist in the Sarton Book Awards, IBPA Benjamin Franklin Awards, Killer Nashville’s Silver Falchion Award, the American Fiction Awards, and the National Indie Excellence Awards. I and my husband live in Sacramento surrounded by photos of our out-of-town sons, their wonderful partners, and a lifetime of beloved dogs.