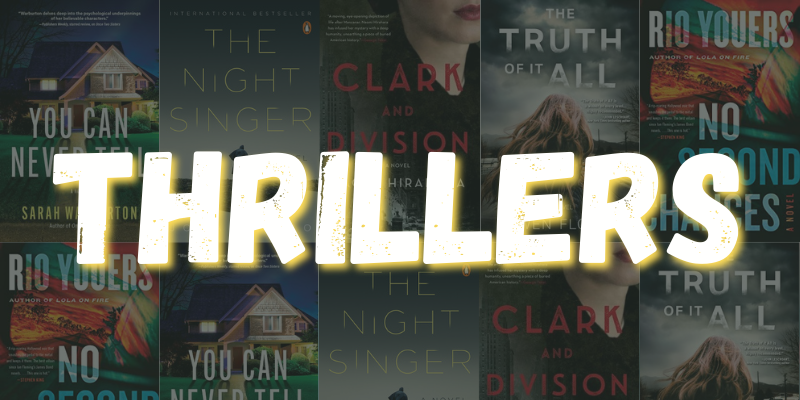 If you’re looking for a tense and exciting thriller to keep you on the edge of your seat this winter, the five books included in this roundup all involve shocking and twisted crimes that are sure to keep you engrossed from the first page right through to the last. 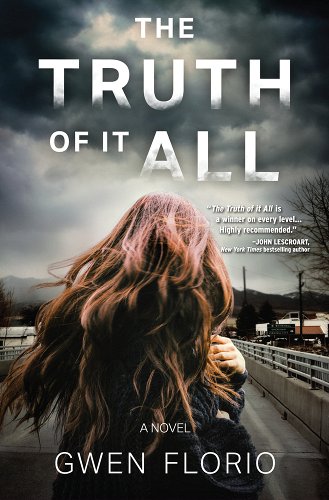 Life has not been kind to Julia Geary. Her husband died while serving in Iraq, leaving her to bring up their four-year-old son alone. She works as a public defender in the small town of Fish Creek. The work is difficult and definitely not well remunerated. The combination of these two circumstances has led to her living with her overbearing mother-in-law Beverly, a situation that neither woman finds particularly comfortable. Julia is desperate to escape her unrelentingly dull existence, but when the chance finally comes, she ends up with far more than she bargained on. She is tasked with defending teenage Iraqi refugee Sami Mohammed after he is accused of assaulting Ana Olsen in the girls’ locker room at their high school. Strong anti-refugee sentiment is already festering under the respectable surface of Fish Creek life, and when the townspeople hear about the alleged assault, tensions threaten to bubble over into violence. Julia starts receiving threats and Sami is assaulted so badly that he ends up in a coma. Julia is determined to put up the best defense case possible, however, even if doing so brings her into conflict with the town’s leading families. The Truth of it All by Gwen Florio is a tense thriller in which Julia has to battle both her own prejudices and the schemes of those around her. As Naomi Hirahara’s Clark and Division makes abundantly clear, life for people with Japanese heritage who were living in the United States during World War Two was far from easy, with many being forcibly relocated to camps such as Manzanar in California. In 1944, twenty-year-old Aki Ito and her parents have recently been released from Manzanar and relocated to Chicago. Aki’s older sister Rose had been sent there some months earlier to begin a new life in the Japanese American community based around Clark and Division streets. Tragically, before the family can be reunited, Rose is killed after apparently jumping in front of a subway train, leaving Aki devasted. Although Rose’s death is officially ruled a suicide, Aki cannot believe that her beloved sister would take her own life and so, convinced that there must be more to the story, decides to investigate Rose’s life in Chicago prior to their arrival. Her attempts at playing detective are not within missteps and danger, but Aki’s love for her sister drives her on as she attempts to unravel a mystery that extends far beyond one family’s suffering. 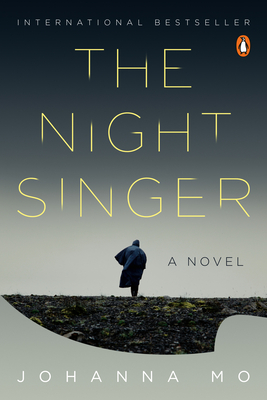 Hanna Duncker fled her home on the island of Oland after her father, a serving police officer, was convicted of murder. She then spent a number of years in Stockholm, where she too joined the police force, eventually becoming a detective. Now, in an effort to confront her demons and reconcile herself with the past, Hanna has returned to Oland and to the police department that previously employed her father. Many on the island, both within the police department and among society more generally, are not pleased to see a murderer’s daughter return to their community. On her first day in her new job, Hanna is sent to investigate the murder of fifteen-year-old Joel Forslund, the son of her childhood best friend. As many people are unwilling to cooperate with her, while others are still harboring resentments from years ago, the investigation proves tough going from the outset, but when Hanna starts receiving threatening messages and begins to suspect that someone is prowling around outside her bedroom window at night, things become even more complex. She’s determined to identify Joel’s murderer, but she’s unprepared for the fact that doing so will cast new light on her father’s case and force her to reexamine her thoughts about him and the murder. Johanna Mo’s The Night Singer is the first book in planned series featuring Detective Hanna Duncker and it’s a fine example of a tightly plotted police procedural. 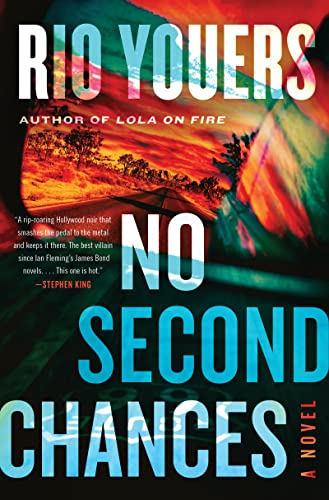 In No Second Chances by Rio Youers, washed-up former actor Luke Kingsley spends his days ruminating on the implosion of his once-promising career and the general collapse of his life, which occurred following the mysterious disappearance of his wife, soul singer Lisa Hayes. The pair had been in a highly tumultuous relationship, frequently fighting and airing their grievances in public. It should really have come as no surprise that, following her disappearance, people suspected Luke of murdering his wife, although he was still shocked at how quickly he was abandoned by previously devoted fans. The only person who still seems to believe in him is wannabe starlet Kitty Rae, but she has some serious problems of her own. While waiting for her big break, Kitty has been working for the volatile Johan Fly, a drug dealer to the stars. When Johan discovers that Kitty has been ripping him off, he vows to make her pay, while Luke shrugs off his overwhelming sense of self-pity sufficiently to see that he should help her. As Luke navigates the twisted web of corruption and danger that Kitty has become entangled in, he unexpectedly finds a clue to his wife’s disappearance, which prompts him and Kitty to embark on a high-octane journey across the Mojave in search of the missing Lisa.

After museum curator Kacy Tremain is framed for embezzlement by her former best friend Aimee, she and her husband Michael move to Sugar Land in Texas in the hope of a fresh start. Still being persecuted by Aimee in the form of abusive messages in the mail, Kacy initially finds it difficult to settle and make friends, although she eventually becomes close to a few women in the community, including near neighbor Lena. While Kacy enjoys spending time with Lena, Michael becomes friends with her husband Brady, who tells him about the paranoid couple who previously owned their house. It sounds a bit outlandish, but when Kacy discovers cameras hidden in the house, it seems that what Brady was saying was true. Unfortunately, hidden cameras are far from the only surprise awaiting Kacy in Sugar Land. When Michael goes on a night out with Brady, he learns something about his new friend that causes him to head straight for the town’s police station to seek help. It soon emerges that Lena is missing, and Kacy and Michael start to learn the shocking truth about their good friends and neighbors. Sarah Warburton’s You Can Never Tell is a shocking thriller told partially from Kacy’s perspective and partially in the form of episodes of a true-crime podcast, which heightens the tense and twisted nature of the story.