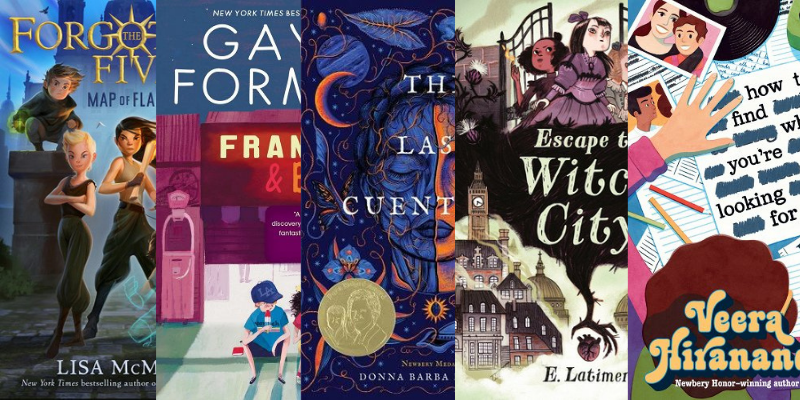 From historical fiction to science fiction and fantasy, these five tween novels have plenty to offer readers aged ten to thirteen who are looking for exciting, engaging, and entertaining stories with which to while away the time. 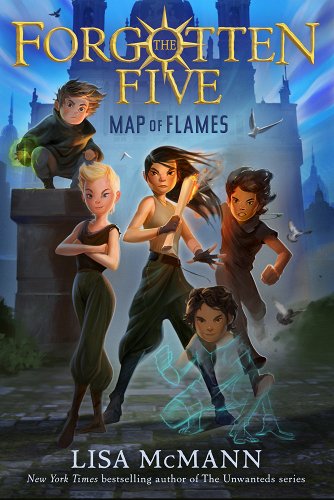 Lisa McMann’s The Forgotten Five series starts with a bang in Map of Flames, a fast-paced tween fantasy novel in which superheroes crossed with bank robbers put together the ultimate treasure hunt. Around fifteen years ago, a group of eight criminals with supernatural powers pulled off a heist in Estero City and then fled to a tropical hideout in the hope of living lives free from discrimination due to their powers. Between them, the eight crooks had five children, whom they brought along to enjoy life on the lam. The five are Birdie, who can talk to animals; Brix, who is super athletic and has amazing healing powers; Tenner, who can swim like a fish, see in the dark, and hear things from significant distances away; Seven, who can camouflage like a chameleon; and Cabot, who hasn’t yet manifested any powers. Over the years, the eight original crooks disappeared one by one, presumably having been killed or captured, until only Birdie’s father was left. When he too dies, Birdie finds a treasure map hidden among his belongings and the five children head off in search of both the loot and the truth about their past. 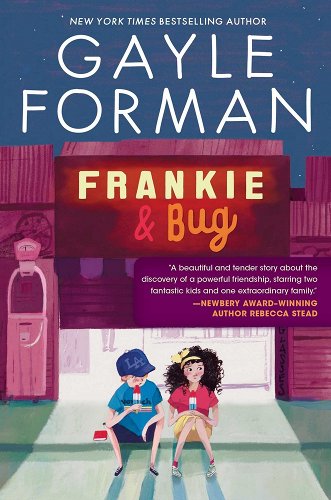 During the summer of 1987, ten-year-old Bug wants nothing more than to hang out with her much-admired older brother Danny at the beach. Unfortunately, Danny wants to spend all his time with his friends, while their mother is too busy to notice what they’re up to, leaving Bug to pal around with Frankie, the nephew of their next-door neighbor. Bug isn’t initially too keen to have to hang out with a kid she’s never met before, but the two soon find common ground and start to enjoy each other’s company. They also start to learn more about themselves and about life in the world outside the neighborhood. Packed with pathos and featuring an intriguing mystery amongst the late-80s nostalgia, Frankie & Bug by Gayle Forman is a bighearted and poignant coming-of-age novel that explores the meaning of family, the importance of friendship, and the need to stand up for what you believe in, even when those closest to you disagree. 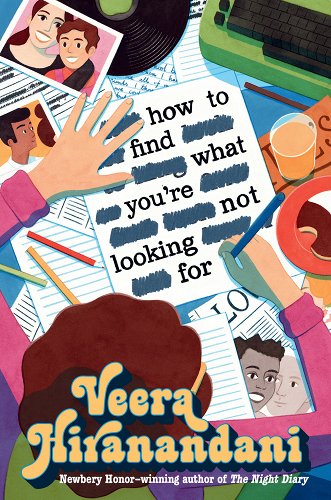 Ariel Goldberg and her older sister Leah are growing up in the 1960s in a close-knit and conservative Jewish family. Their parents are deeply committed to their Jewish religion and heritage, and they expect both their daughters to follow in their footsteps. However, when Leah invites her boyfriend Raj Jagwani home for dinner, her parents are shocked to discover that he is Indian American, not Jewish. They do not approve of the relationship, which angers and disappoints Leah and ultimately prompts her to elope with Raj. The Supreme Court’s recent decision in Loving v. Virginia had overturned laws preventing interracial marriage, leaving Leah and Raj free to marry despite the opposition of their families. Ariel is left behind as her family starts to unravel, first due to the absence of Leah and then due to the collapse of their bakery business. Unable to understand what is going on around her, Ariel turns to poetry to express her thoughts and feelings. Veera Hiranandani’s How to Find What You’re Not Looking For is an inspiring work of historical fiction that examines a young person’s search for meaning in a constantly changing world. Petra Peña dreams of being a storyteller, just like her abuelita. Yet, the world as she knows it has ended, the planet having been destroyed by a comet, leaving only a few hundred scientists and their children to ensure the survival of the human race. This group, which includes Petra and her family, have been chosen to travel to a distant planet and recreate life on Earth there. The journey takes hundreds of years aboard a spaceship, although the time passes in the blink of an eye for the passengers, who spend the journey in a sort of cryosleep. When Petra wakes as the spaceship reaches its destination, she is shocked to learn that she’s the only one who remembers the Earth. During the journey, a sinister group known as the Collective managed to take control and erase everyone else’s memories, aiming to ensure that the folly of humanity’s past will not be repeated on the new planet. As the only person left who knows the stories of Earth, Petra has to find a way to preserve them and ensure their place in humanity’s future. The Last Cuentista by Donna Barba Higuera is an exciting science fiction novel that examines what it really means to be human. 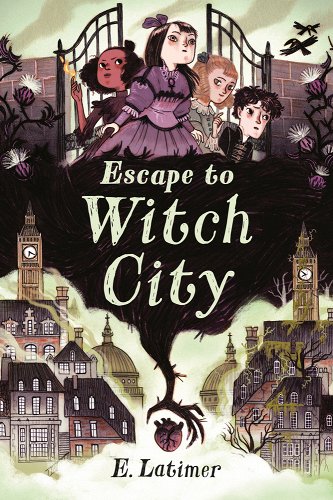 In a world in which being found guilty of witchcraft has devastating and deadly consequences, Emmaline Black has a major secret: she can feel and control the rhythm of people’s heartbeats, which means that she is clearly and unescapably a witch. In an attempt to stamp out the threat allegedly posed by witches, the authorities test all children when they reach the age of thirteen to ensure that they have no witch blood in them, a test that Emmaline will find very difficult to pass. She determines to do everything possible to get rid of her power before it’s her time for the test, but the more she attempts to do so, the more she realizes that her witch-hating mother and aunt are hiding something, something to do with the mysterious disappearance of her Aunt Lenore. When she finally undergoes the test, Emmaline finds herself linked to new friends and to buried secrets from the past. Despite what she’s always been told, it seems possible that the attempts to ban witches have not been as successful as everyone thinks, and Emmaline learns that she has the opportunity to discover a whole new world. E. Latimer’s Escape to Witch City is a thrilling fantasy novel set in a historical London that is full of adventure and intrigue.