Writing as Husband and Wife 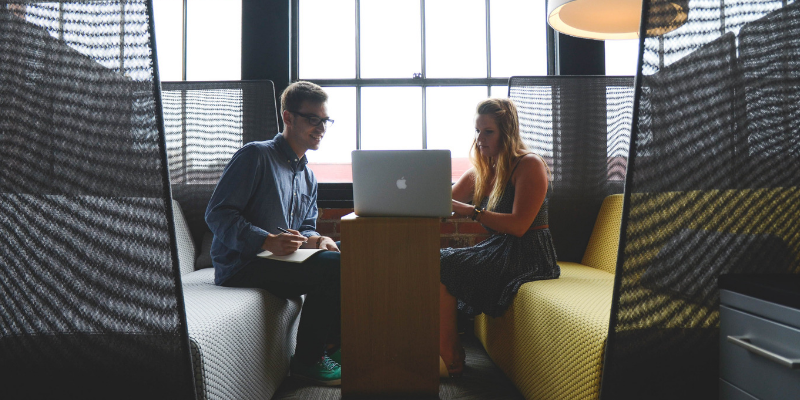 When a husband and wife write as a team, how do they create fiction that comes out seamlessly, sounding like one author? Big question.

Larry and Rosemary Mild came from different worlds in 1986. They met on a blind date. Larry had lost his wife to cancer. Rosemary had been divorced for eight years. In the car on their way home from dinner, Larry said, “When I retire I’m going to write a novel, and I want you to help me.”

Neither of them had ever written fiction. Rosemary was an editor; Larry was an electrical engineer, and they’d only known each other for four hours! Still, Rosemary chirped, “Okay!” She explains: “I knew he was Mr. Right. We married a year later.”

True to his word, when Larry retired, he wrote the first draft of Cry Ohana: Adventure and Suspense in Hawaii. Then he handed it to Rosemary. She laughs: “The halt leading the blind. After umpteen drafts, three titles, and a critique group, we published it. It’s always been our most popular book.”

The couple’s newest work is their long-awaited sequel: Honolulu Heat: Between the Mountains and the Great Sea, the continuing saga of the Cry Ohana families. 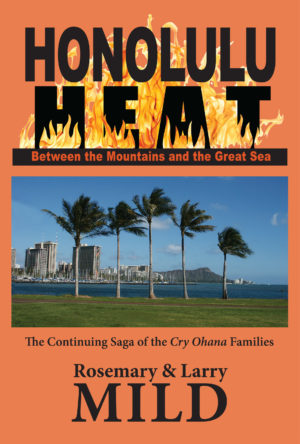 How did they start writing together? Early on, with hot-headed arguments and wounded feelings.

Larry: “You cut that whole paragraph. I worked for hours on it.”

Larry: “Oh, yeah? You gave a back story to the grocery bagger.”

Somehow they survived as they both improved their writing—and respect for each other’s.

Rosemary: “Larry considers himself more devious than I, so he conjures up all our plots and writes the first draft. He works five or six hours on most days. He has a much longer attention span than I have. Then he turns the manuscript over to me. And waits.”

Larry: “She could work a little faster. We’re getting behinder by the day. But she does have this wonderful feel for human nature. She breathes life into my minimalist characters: physical appearance, sharpening the dialogue, and often adding a defining trait.”

Rosemary: “I’ll also shave and prune. Larry calls it slash and burn. But you know how it is. Stephen King said, ‘To write is human. To edit is divine.’ After negotiating the final draft, we read the book aloud to each other. Amazing the inconsistencies we discover.”

Larry: “The best thing about working as a team is that we’re never writing in a vacuum. There’s always someone close by to lend a helping hand with your choice of words or story twist.”

The toughest thing about writing as a team?

Larry: “If you’ll excuse my Latin, there’s this co-writus interruptus thing. Working back-to-back in the same bedroom-turned-office. It’s too easy to stop her and ask: “Does adrenaline have an e? rather than look it up myself.

As a team they face a potential snag working together.

Rosemary: “I have my own nonfiction life—personal essays and memoirs. Love! Laugh! Panic! Life with My Mother is my newest. Miriam’s World—and Mine is my second memoir of our daughter Miriam Luby Wolfe, whom we lost in the terrorist bombing of Pan Am 103 over Lockerbie, Scotland. She was 20, my only child, and Larry’s stepdaughter. Larry published an op-ed piece in the Baltimore Sun, “Six Ways To Prevent Airline Terrorism.” Our Maryland congresswoman wrote it into the Congressional Record.

In the Milds’ second series, the Dan and Rivka Sherman Mysteries, they created a Jewish couple very much like themselves (but younger). Dan and Rivka buy the fictional Olde Victorian Bookstore in Annapolis, Maryland, and become reluctant sleuths.

Larry: “Rivka is a lot like Rosemary: feisty, super-smart, affectionate, and addicted to chocolate.

Rosemary: “Dan is analytical and practical, a born problem-solver—and an incorrigible punster. On our blind date he made a pun and told me he was born in the year of the Zaniac.”

The Milds love using their own experiences in their fiction. In Hot Grudge Sunday, sleuths Paco and Molly are on their honeymoon out West. Their itinerary is based on a tour the Milds took, but with hair-raising consequences ending at the Grand Canyon. In Death Steals A Holy Book, the Menorat ha-maor (“Candlestick of Light”) is based on a rare Yiddish book that Larry inherited.

Currently, they have a series of stories called “Copper and Goldie” in Mysterical-E, an online mystery magazine. Sam, a disabled Hawaiian ex-cop, is a cabbie and P.I. He and his golden retriever (with a dash of Doberman) always land in trouble in Honolulu and still manage to solve crimes. Sam walks with two canes. Larry gave Sam his own chronic back trouble; he too walks with two canes. Sam’s Auntie Momi asks: “You still walkin’ wit’ dem giant chopsticks?”

“We enjoy being a team,” Larry says. “With more books to come, life is mysteriously good.” 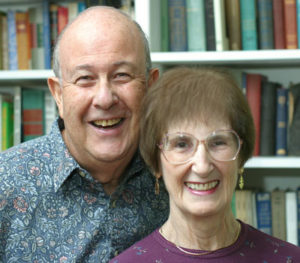 Rosemary and Larry Mild, cheerful partners in crime, call Honolulu home. They have published eleven works of fiction: six mystery novels, two Hawaii suspense/thrillers, a sci-fi novella, and two books of short stories—with settings reaching from Hawaii to the Far East. The Milds are members of Mystery Writers of America, Sisters in Crime, and Hawaii Fiction Writers. Visit the Milds at www.magicile.com. Email them at [email protected]