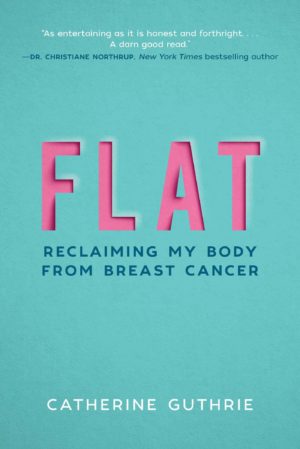 As a young, queer woman who had worked hard to feel at home in her body and who had spent years writing about women’s health and breast cancer, Catherine Guthrie was thrust into the role of the patient after a devastating diagnosis at age thirty-eight. At least, she thought, she knew what she was up against. She was wrong. Catherine joins us to discuss her memoir, Flat: Reclaiming My Body From Breast Cancer, her story of how two bouts of breast cancer shook her faith in her body, her relationship, and medicine.

Catherine Guthrie is an award-winning women’s health journalist. For the past twenty years, her reporting, essays, and criticism have appeared in dozens of national magazines including Time; O, The Oprah Magazine; Slate; Cosmopolitan; Prevention; and Yoga Journal. She has faced breast cancer twice. She lives near Boston, Massachusetts.